The Fairfield Multicultural Interagency gambling subcommittee, with the Alliance's support, invited a group of influential leaders in the Fairfield area to an information forum on May 19. Our Chief Advocate Rev Tim Costello gave a key note speech on the gambling industry and its history in NSW. As a Baptist minister himself, as well as a gambling reform advocate, he spoke about the difference between the false hope and community that poker machines offer, compared to the real hope of faith groups. 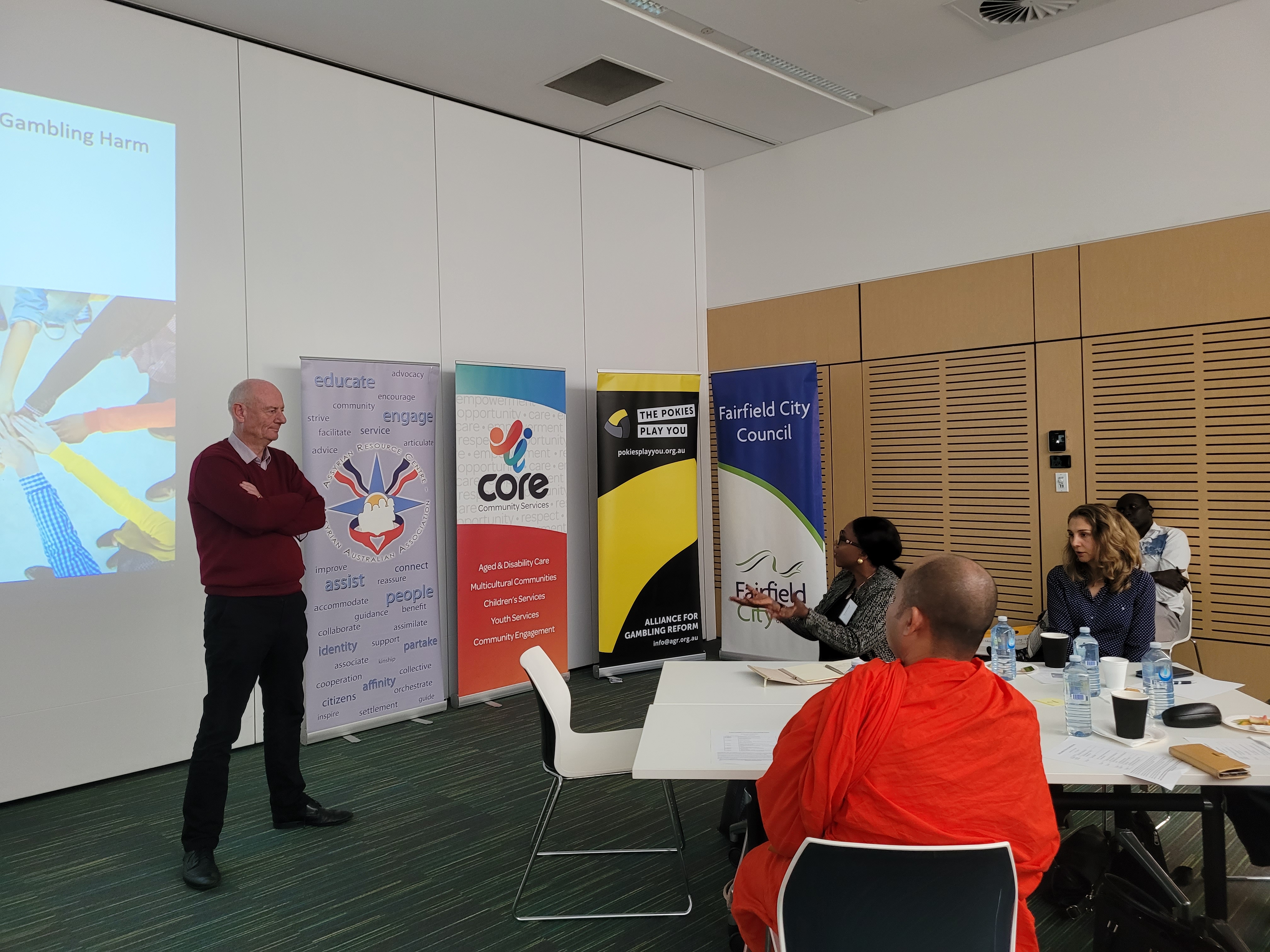 In a first for the Fairfield area, Assyrian, Chaldean, Antiochian Orthodox, Coptic Orthodox and Agape International Church ministers, Buddhists from the Cambodian and Lao communities, Turkish and Alevi hocas (Islamic religious leaders and advisors) and members of the Sabean-Mandaean faith attended this information session.

Working in some cases with translators, this mixed group heard from the Multicultural Problem Gambling Service and from people with lived experience. Sam, who is Assyrian, spoke of his gambling and his recovery. The response from the faith leaders was immediate and palpable: several commented in the break that they had changed their minds from seeing this as an individual problem to one that the whole community experienced and needed to work together on. They said that they learned that they could do something - even an action as simple as offering hope and knowing the phone number for the gambling help services could make a huge difference (1800 856 800 for help in community languages).

One participant, the religious affairs advisor to the Turkish consulate, was so moved that he spent the night writing an essay on gambling harm and recovery, which was sent to a number of Turkish mosques for sharing. There was a lively question and answer session which covered addiction, impacts on families though financial and relationship stress, understanding how to support people to seek help especially when that isn't a common practice in some cultural groups, and being non-judgemental when people are in trouble.

All participants are keen to continue the information sessions, and to work in different ways to advocate for reform of poker machines, and to raise awareness of the dangers of online gambling. They are exploring options such as open letters, meeting local MPs and supporting the Libraries after Dark initiative which expects to shortly receive funding to start a pilot in Fairfield. 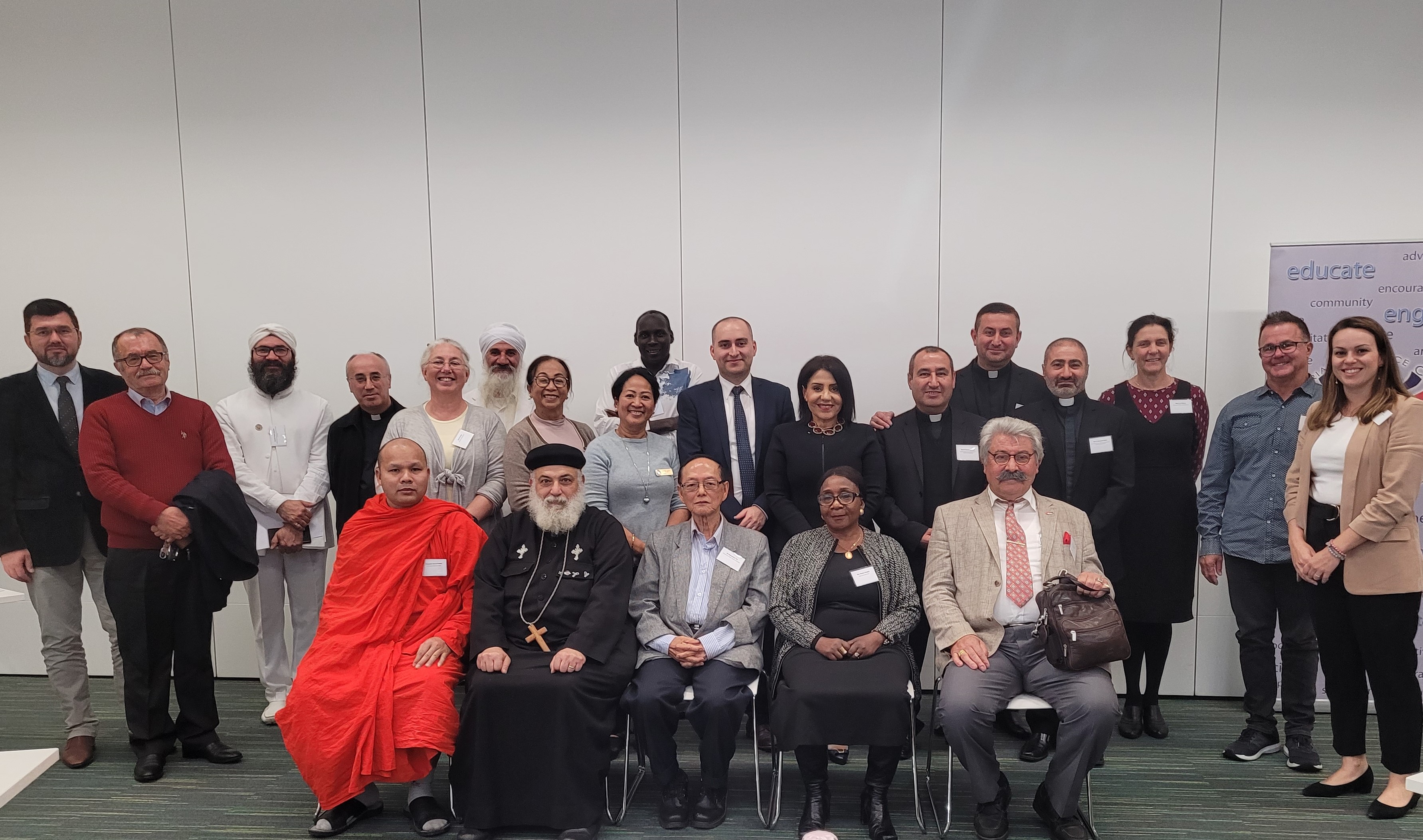 The Alliance continues to work with local organisations in the Fairfield council area, which is significantly impacted by gambling harm. Shame and stigma about gambling prevents open discussions in most communities, particularly the migrant and refugees groups who form such a large part of Fairfield's population. The Multicultural Interagency has been very active in the last two or three years, delivering the very successful "Coffee and Conversation Cart" during Gambling Harm Awareness week in 2019, being the driving force behind the development of plans to bring the Victorian Libraries after Dark program to Fairfield, and now engaging with faith leaders across the religious spectrum in order to enrol them in the project of collectively reducing gambling harm.

The Alliance is proud to have supported all these initiatives, with our campaigner Kate da Costa providing data, undertaking research and linking together reformers and advocates from Fairfield to neighbouring areas and even interstate.